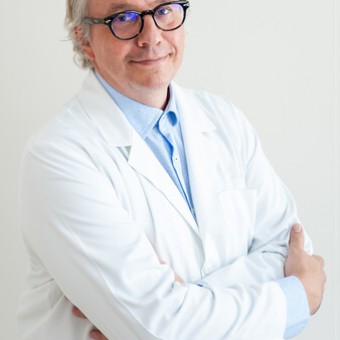 During 20 years of experience at Kaunas Medicine University Clinic Dr.Tautrimas Aštrauskas had performed more than 2 thousands plastic and reconstructive surgeries. Since 1992 he has devoted all his scientific and creative energy to the development of cosmetic surgery in Lithuania. The surgeon works in his favorite field – breast reconstruction surgery. After a long time of success, trials and accumulated experience he opened the “Tautrimas Astrauskas Cliniv” in Lithuania, Panemune District. Doctor also is consulting in the UK.

Dr. Tautrimas Aštrauskas consults about all aspects of plastic and reconstructive surgery. Also he is very interested in reconstructive breast surgery, breast augmentation surgery through the incision in the armpit. Doctor has mastered the highest level of excellence in this technique.

Along with the main clinical work, the doctor published a dozen rationalization proposals, more than twenty scientific articles and reports. His main subject of research is Breast Reconstruction Surgery.

Our expert team has treated over half a million people.